Scaffolding accidents can happen. When it does, it leaves marks behind it and can be deadly. If the scaffolding has not been appropriately erected or there is adverse weather, the tower falling apart is inevitable. These accidents are any property owner or employer’s worst nightmare because of all the damage that comes from happening.

There are some indicators of an accident, such as parts starting to fall apart or a shaky structure. These accidents typically have consequences for the building owners and even those involved in setting up the structures. We look at some instances where serious scaffolding accidents happened in the UK.

1. Scaffolding close to the Royal Free Hospital in Hampstead Collapses

When scaffolding collapsed near the Royal Free Hospital in Hampstead, it was chaos and panic. The cause of the accident was the strong winds. Luckily, none of the workers were atop the scaffolding; hence no injuries were witnessed, nor was there anyone below.

Although no one was harmed, such accidents can be pretty gruesome. The fallen scaffolding affected transportation to and from the hospital, but it was later sorted. The Health and Safety Executive was also informed of the incident.

2. Man dies as another is left with severe injuries after scaffolding collapsed in Cricklewood Broadway

Two men suffered severe injuries, with one passing on later after the scaffolding they were atop collapsed in Cricklewood Broadway, North London. The scaffolding beams struck the two men as the frame came crashing down, thus causing serious damage.

Upon further investigation, it was discovered that the accident was caused by several safety breaches on the scaffolding structure. The parties liable faced the consequences for their negligence.

Roads were closed, and several cars were damaged after a large scaffold fell from a tower block in Orpington, London. The scaffolding had been set up for repair purposes on the Southeast London Tower block. Due to the storm Brendan, the reported ten lift scaffold was brought down.

After attending to the scene, emergency services reported no injuries or casualties. The tower’s car park and an adjacent road were blocked by the fallen scaffolding tower. The aftermath of the entire incident was shown in a video that was posted online. Residents of the tower block informed journalists that inspections had been carried out on the tower weekly.

4. Scaffolding gives way after a major building collapse in London

A large part of scaffolding collapsed after part of a building still under demolition crumpled. The street below was filled with scaffolding material that had fallen from four floors above. Later on, the London Fire Brigade gave a report that stated that at least 200 people had been evacuated from the area after the incident.

Officials also stated that a man had been taken to the hospital with some minor injuries. A statement released by a police spokesman also noted that the health and safety executive had been informed on top of the roads being closed.

After its release, a dramatic video of scaffolding collapsing had many people on their toes. Pedestrians on the street below a mysterious high-rise building on 9th January 2013 in West London were narrowly missed by collapsing scaffolding.

The whole incident would have been catastrophic had the timing been any different. The terrifying incident was luckily filmed by a motorist who was on the scene when the accident happened. Apart from being in West London, the location of this incident is still unknown.

Two men and a woman were injured after scaffolding collapsed at an old shopping centre, also sparking fears that more people may have been trapped inside. Firefighters, police, and paramedics rushed to the accident scene after the structure fell on Garrand street.

One of the workers at the construction site said that he had a rumbling, and soon after, the building fell and caved in. Other witnesses also said that it was quite a traumatising scene as the scaffolding just collapsed on the woman.

7. Workmen were saved from death by “Sausage and egg butty” after scaffolding collapsed

Workers at a construction site in Wellington Road, Hanley Stoke, Trent, narrowly escaped death after the scaffolding they were working on collapsed due to strong winds. Luckily, none of the workers were injured, but the scaffolding damaged two parked cars. The main theory behind the happening of this accident is that the strong winds pulled the scaffolding over in over 50mph gusts.

Chris Morrall, one of the workmen aged 19, said:” If this would have happened earlier or later, I would’ve been dead.”

Paramedics were called to the scene even though no one had been injured, the service spokesman saying that the workers had a very lucky escape.

A spokesman for the council said:” Our investigation will look into the causes of the accident. We are grateful that no one was hit by the scaffolding and no one was injured.

“You cannot legislate for freak weather. We are satisfied that people acted swiftly, and we will monitor the situation.”

From the above incidents, you can see how extreme the repercussions of having substandard scaffolding can be. Not to mention the impact strong winds and unfavourable weather conditions can have on scaffolding structures. Although some are inevitable, regular scaffold inspection can prevent such accidents by detecting the defect earlier and fixing them. 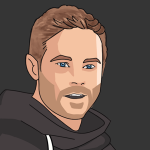